on a Garden Route Safari?

Home to a healthy, malaria-free environment, the Eastern Cape sits under sunny skies for most of the year – indeed, many reserves boast an average of between seven and eight hours of sunshine a day. Rain can occur at any time of year but is heaviest in the spring and early summer months – September to December. May, June and July are usually the driest months.

Temperatures are never extreme in the Eastern Cape except perhaps in mid-summer with averages in the early 30s °C. Winters are cold with minimum temperatures dipping to just above freezing. It’s worth wrapping up warmly on early morning game drives!

on a Garden Route Safari? 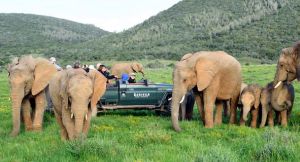 The Eastern Cape reserves are home to the Big 5 & you’ll be on the lookout for them on your guided morning & afternoon game drives. Spot-lit night drives add to the thrill. 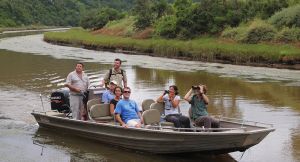 Whether you explore by kayak, small boat or sunset cruiser, a river safari is an excellent way to spot wildlife & enjoy the sunset. Ask us about the best riverside lodges. 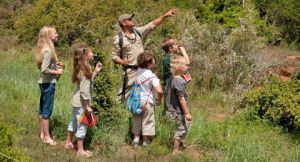 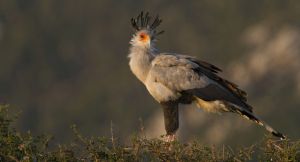 A mix of different habitats means many of the Eastern Cape reserves have bird counts of over 400 species, including many of South Africa’s endemics. Expect fabulous, year-round birding with expert guides. 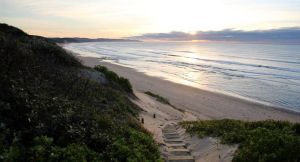 6. Walk the Wild Side 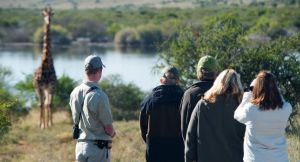 The Eastern Cape is great walking country & its private game reserves offer anything from short self-guided walks to fully-guided multi-day trekking – ask us about the best one for your requirements. 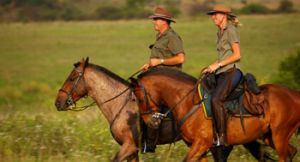 The open landscape of the Eastern Cape was made for horseback safaris; stunning scenery, easy riding & a great way to see big game. We’ll tell you the best places to saddle up. 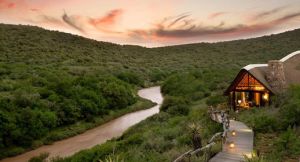 Couples are spoilt for choice on a Garden Route safari: idyllic settings, private suites & all the candle-lit details. Ask us about the best honeymoon hideaways & boutique spa resorts. 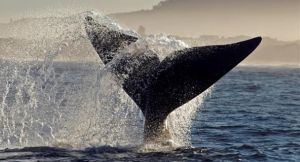 Experience the extraordinary! Let us tailor-make your safari to South Africa.

Lukas (Germany)
Best trip I have ever been on. Highly recommend.

Karina was absolutely instrumental to our safari success.