Overview ITINERARY IDEAS DESTINATIONS WHEN TO GO? WHERE NEXT

The question of when to go to Uganda usually goes hand in hand with when to go gorilla trekking in Bwindi Forest. It’s also important to know how the best time for gorilla trekking coincides with other destinations in Africa if you are thinking of combining Uganda with – for example – the Serengeti or Kruger National Park.

Uganda has a predictably warm and wet equatorial climate although the gorilla trekking destinations are often cold as they lie at higher altitudes. Happily for the gorilla trekker, the year has two distinct dry seasons. These periods are certainly when to go to Uganda for gorilla trekking if you want the most comfortable and rewarding experience.

The first dry season is from mid-December to early February and the second from early June to late September. It is at these times that you’ll enjoy the easiest conditions for hiking in the rainforest as well as the best gorilla sightings and the lowest malaria risk.

The best time to visit Uganda’s other destinations coincide nicely with the best gorilla trekking seasons. Chimpanzee trekking in Kibale Forest is better during the dry seasons for example – the chimps are easier to see and the jungle trails less challenging to hike on.

Game viewing in Uganda’s big game destinations – Queen Elizabeth and Murchison Falls National Parks – is best during the dry seasons and especially towards the end of them (February and March and September/early October) when animals such as elephants and buffalo concentrate at water sources. Bird watching in Uganda is fantastic all year round but at its peak between November and April when migratory birds arrive.

The best time to visit Uganda also coincides with some of the continent’s best holiday destinations at their peak. Uganda’s December to February dry season coincides with Cape Town’s sunniest and driest months as well as the Serengeti wildebeest migration during the exciting birthing season. Then during Uganda’s June to September dry season, the wildebeest migration moves to the crocodile-filled rivers that lie between the Serengeti and the Masai Mara for game viewing at its most dramatic.

Meanwhile, the Southern African destinations – the Kruger Park, Botswana, Victoria Falls and Namibia – are their most welcoming for safaris: the weather is at its driest and mildest, the malaria risk is lowest and game viewing is at its best. 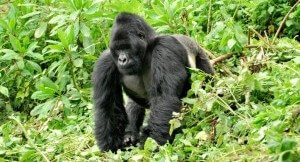 Sitting with a habituated gorilla family in their natural surroundings is a once-in-a-lifetime experience: Uganda is one of the best places in Africa to do it. 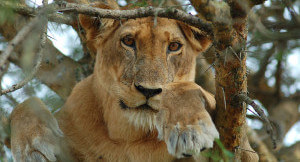 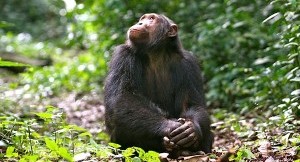 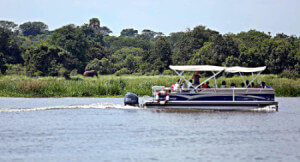 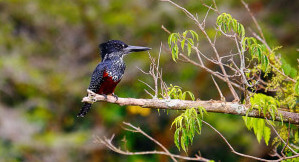 With a phenomenal bird list of over 1000 species, Uganda is one of the world’s ultimate birding destinations – combine Queen Elizabeth National Park & Kibale Forest for a great mix. 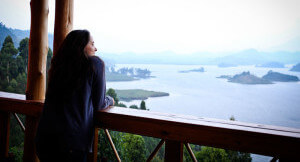 Experience the extraordinary! Let us tailor-make your trip to Uganda.

Lorraine (UK)
Professional, patient, efficient and responsive. Met all our travel needs and requirements spot on