A Ruaha safari takes you to where the woodlands of southern Africa meet the savannahs of east Africa: the result is a highly bio-diverse wildlife experience.

Home to the largest elephant herds in east Africa as well as heavyweight species such as buffalo, giraffe and hippo, Ruaha National Park also has a reputation for predators: lion, leopard and cheetah are resident as are wild dogs and spotted hyenas. As for bird watching, with a bird list of over 500 Ruaha ranks among the world’s best birding destinations.

The Ruaha National Park lies in southern Tanzania and is usually visited as part of a ‘southern circuit’ itinerary along with the mighty Selous Reserve. A beautiful landscape of rolling hills, grassy plains and enormous, brooding baobab trees, Ruaha is Tanzania’s largest national park but its remote location makes it one of the least visited. This makes it perfect for travellers looking for an alternative to the more popular ‘northern circuit’: the Tarangire, Ngorongoro Crater and the Serengeti,

Accommodation ranges from romantic riverside lodges to mobile tented camps, each located to showcase Ruaha’s wildlife at its most rewarding. You enjoy game drives and nature walks with expert guides as well as great food and service – you can also expect a pleasant surprise or two such as sunset drinks by the river or a candle-lit table for two.

Talk to Safari Online about a Ruaha safari and we’ll recommend the best tour and accommodation for your requirements. We can also tailor-make an itinerary for you, combining Ruaha with other safari destinations in Tanzania or east Africa as well as the Indian Ocean island of Zanzibar for an unbeatable safari and beach holiday.

Ruaha National Park on the map

Talk to Safari Online about a Ruaha safari and we’ll recommend the best tour and accommodation for your requirements. Enquire now

Activities To Look Forward To 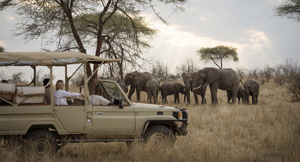 With so much wildlife around, morning & afternoon game drives with an expert guide are the main activity in Ruaha; safari vehicles are open-sided & sit high off the ground to provide the best photographic opportunities. 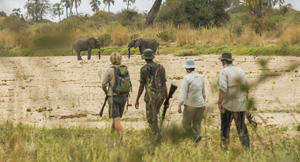 Lace up a pair of boots & enjoy a nature walk with your professional guide: such an experience opens your eyes up to the smaller details of the landscape & it is highly recommended for photographers & birdwatchers. 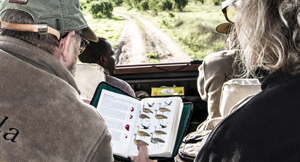 With around 500 recorded bird species, Ruaha is a phenomenal birding destination whether you are a casual birder or an advanced twitcher. You’ll see plenty of birds on your game drives & around camp but we recommend going for a walk with a guide too. 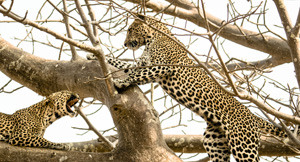 Several lodges are permitted to conduct spot-lit night drives, introducing you to the little-seen world of Ruaha after sunset. You’ll be on the lookout for nocturnal predators such as owls and genets as well as unusual animals such as porcupines, honey badgers & bush babies. 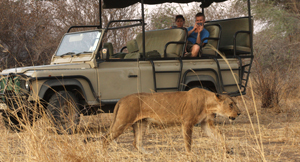 Lorraine (UK)
Safari Online were extremely efficient and absolutely charming to work with.

Ann and Mario (Canada)
It was a safari of a lifetime and exceeded all of our expectations!

Heather (USA)
Karina was absolutely instrumental to our safari success.

Chris (USA)
Professional, patient, efficient and responsive. Met all our travel needs and requirements spot on

Penni (AU)
Best trip I have ever been on. Highly recommend.